is dave coustan
about | blog | projects 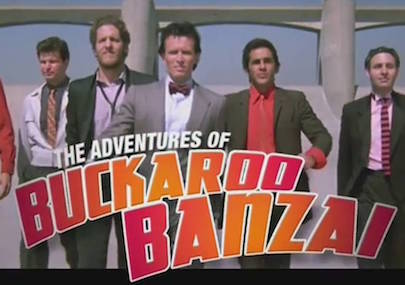 I've been enjoying making things for the Web since the late 90's, both professionally and personally. On the agency side, I've worked with a varied roster of clients including the American Legacy Foundation's TheTruth.com, Disney Parks and Resorts, NetApp, Workday, Applied Materials, Sony Entertainment Network, LinkedIn, New Balance, Super Deluxe, AT&T, Southern Company, Sonoma-Cutrer Winery, and Monotype. On the business side, I've led corporate/product communications channels at EarthLink and consumer entertainment publications and channels at Giantheads and HowStuffWorks/Stuffo.

Throughout my career I've specialized in defining and solving problems, developing things people like to read, play with, use, and watch, building frameworks to help deliver those things regularly, communicating like a human being, and helping others do the same.

In the inconsiderately long column below lie some work samples, interviews and citations, and speaking engagements. Feel free to skip around. If I can help you with anything in particular, don't hesitate to ask.

A brief tour of some of the sites I've been involved in. For more detail on the roles I played in each of these, take a look at my LinkedIn profile or email me to ask for my formal resume.

Under construction - visit again soon to find out what-all I've been up to since, oh, 2007.

NewBalance.com 2009-2011
While working for powerhouse indie digital agency Almighty, I served as content and engagement director for New Balance. That role included leading content strategy and execution as they transitioned from a catalog-driven to a user-driven site. In practice, this meant creating and implementing a new model for what would appear on the site and everything that goes in to it, serving as internal journalist to ferret out stories that would be of interest to their core audiences, and helping them to engage with some entirely new constituencies like high school athletes and barefoot runners. Some of the most satisfying work of my career happened here, in part because in so many instances, New Balance was clear and deliberate about aligning projects with well-defined niche audiences instead of trying to make something for everyone.

Stuffo 2004-2005
"Time Well Wasted." Stuffo was a sub-brand of HowStuffWorks.com. It applied the approach and worldview of HSW to questions about popular culture, like the the origins of the Transformers toy line/tv show, and why Dr. Pepper is sold alongside both Coke and Pepsi. It had a passionate following, and set a few traffic records for the site when its articles appeared on the HSW home page. But alas, it was killed before its time. It's since been purged from the internet, so I'm pointing to a canned version above.

Tiny Envelope 2002-2004
Your 24-hour source for 2" x 2" envelopes, handmade from various and sundry found materials including used bingo cards, Thai/English dictionary pages, Joss paper, and vintage green stamps. It was featured on DailyCandy.com, in Wedding Bells Magazine, on a segment on Q13 Fox News Seattle, and in the Financial Times How To Spend It section. It's currently sleeping.

Giantheads 2000-2003
We were a Web entertainment studio, monthly email list of free odd things, and Interactive development agency. One of the most exciting phases of the business involved working with several networks on a tv pilot concept based on one of our shorts, Tiny DJ. We were finalists at SXSW 2001 and FlashForward 2001. The "errata" section of the site still houses our archived monthly flash shorts, movie reviews, and stunts.

TheTruth.com 1999-2000
Circle.com and Arnold Communications built the inaugural hipster anti-smoking site for the American Legacy Foundation. We did some fancy things with Flash 5 and early MX, and took our lawyers to the limit as far as how bad we could bash Big Tobacco. The site won a silver at One Show Interactive. Try to look past the primitive, web 1.0 technologies and remember how different the development world was back then. And looka that, the JavaScript date getter at the top of the home page still works.